Golden Rule Student of the Month 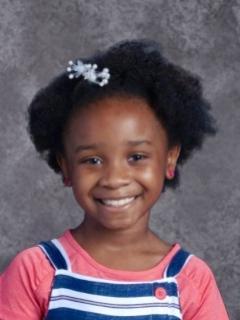 Katz Whittle Golden Rule Student of the Month January 2021
Amani is the Golden Rule Student for the month of January. She was nominated by her first grade teacher, Mrs. Morten. Mrs. Morten says that Amani is a hard working student who exhibits the golden rule in all that she does around the school. She is caring and thoughtful. Amani is always willing to help her teacher and classmates. If she sees something that needs to be done she will jump in and do it without being asked. When her peers are struggling with classwork, Amani gently offers to help them. When Amani is on the playground, she always organizes the games being played so that everyone is included in their play. Mrs. Morten says that Amani is a ROCK STAR! Way to go Amani!!